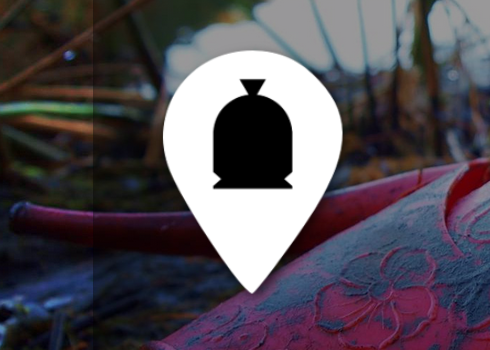 In May 2015, Adrien Vetterli came up with an idea sparked by a recently viral story from the Netherlands where a man decided to clean trash along a polluted waterway bit by bit, every day on his way to work.

Collecting garbage from natural areas wasn’t anything new to him as he had participated in environmental reporting efforts in his youth. There is litter almost everywhere in the world, that nobody every cleans although there are numerous organization that keep well-frequented or wealthy areas, such as beaches, clean.

Adrien thought, “What if spots with trash could be flagged?”

He had an idea to create an app that allows people to pin litter on a map, thus allowing people to realize how much garbage is littering their environment and hopefully instill a sense of urgency into them and foster the organization of clean-ups.

Researcher with a practical mind.

Currently enrolled as a PhD Student at the University of Helsinki, Adrien is a biologist trained in molecular biology and environmental sciences. Typically, scientists are highly trained in data gathering and analysis, not in innovation.  And they are generally not trained software and programming. But Adrien was atypical: he was a hacker.

His father has been developing on UNIX and then Linux systems and always encouraged him to understand informatics and use free open source software.

Hackathons to the rescue!

Though he had some very rough knowledge of coding for the web, Adrien knew right from the start that he needed people with professional coding background to help him achieve his online platform idea. And as he was thinking in “open source ways”, he took part in the 6-aika hackathon focusing on open data in June 2015 in Helsinki to pitch his idea to other developers. There, he met Ville Glad, a full-stack developer at a software import company, who was intrigued by the Adrien’s “Roska-project” (Roska=trash in Finnish), and thus the beginnings of the company were born.

In order to get more exposure for the project idea and to hopefully attract new coders, Adrien and Ville decided to submit the project idea to Ultrahack, one of the larget hackathons in Europe, held prior to the massive startup conference Slush.

The Smart City / Civic Tech track in the Ultrahack was a natural continuum for their innovation development. The Ultrahack event included a “pre-game period”(prior to the start of the actual hackathon)  during which they managed to recruit Anoop Vijayan and Liang Guo through the Ultrahack Online System. Liang is currently doing his Masters at Aalto University and Anoop is a backend developer for a national company in Helsinki.

During the Ultrahack 48 hours hackathon, the team “Roska Project” managed to build a basic but functional API for the platform, a Pebble smartwatch app and an Android app as a proof-of-concept for using wearables for a good cause. This was a very happy development for an idea that was started from scratch less than a year earlier and that Adrien started delineating while he was writing research papers. Before the end of the hackathon, all members of the team agreed it would make sense to develop the idea further.

The hard work at Ultrahack paid off immediately when the Roska Project team was selected as the Ultrahack Pebble Challenge winner.

Through a twist of fate, it happened that the representatives of Pebble watches in Finland work for Glome, a startup offering login-less authentification of users.  Anonymous reporting on the Roska platform is a feature that had been considered straight from the start but Glome allows access to the platform to everybody with a simple click. Through Glome, the members of the Roska Project, now rebranded as “Garbagepla.net”, were introduced to GameLayer, another startup which offers gamification as a service.

The future looks bright for Garbagepla.net. It will be continued as an open source project and the connection created with Glome brought in Gamelayer a startup that offers gamification services. Both will work with garbagepla.net to enable an on-map gameplay which will be a crucial aspect of the platform. For Pebble, Garbagepla.net means an entirely new use case and an opportunity to have a differentiated eco-friendly solution for their smart watch users.

Perhaps in 2016 we will see how some trash is turned into euros while saving the world starting from Helsinki.

Aim for improvement, not innovation