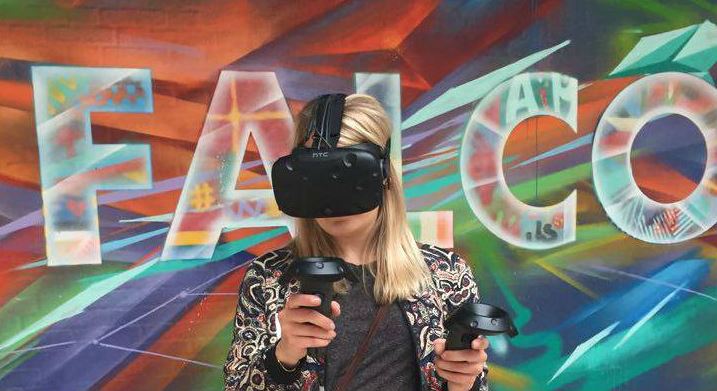 Infographic: The best time to send out press releases

Virtual reality (VR) might be booming around the world, but as the market begins to mature and competing companies gain some attention from the masses, certain countries are starting to move ahead.

As ever, Europe and North America find themselves locked in a battle for supremacy and in the last few months it seems as though the former is starting to dominate. Of course, for the industry to hit a total value of $150 billion by 2020 as Digi-Capital has predicted, everyone needs to pull together and that’s certainly happening. However, when it comes to the latest innovations, Europe is showing the rest of the world how it’s done.

One of the leading tech hubs in Europe over the last few decades is Finland. Built up by gaming companies such as Supercell and, of course, the creators of Angry Birds Rovio Entertainment, the tech economy here has always been ahead of the game. Given this rich history, it comes as little surprise that Finnish companies are now starting new trends in the VR world.

Of course, Finland isn’t the only country this side of the Atlantic that’s making waves in the VR world. The Isle of Man is also pioneering VR technology with the help of Microgaming. At present, Microgaming is one of the leading suppliers of virtual casino technology to sites like 32Red.

Indeed, inside 32Red you’ll find everything from Bonus Blackjack for British players to online roulette for Canadian players. However, while Multi Wheel Roulette et al are great games, players here are constantly demanding more which is why Microgaming has responded with VR Roulette.

A development of live dealer games such as London Live Roulette at Casino Euro and Winner Casino’s mobile live blackjack with £0.50 minimum bets, Microgaming VR Roulette is designed to offer a highly realistic experience. By harnessing the power of Oculus Rift and Leap 3D controllers, Microgaming puts players in a 360 degree gaming experience where they can move chips and place bets just as if they were in a real casino.

Moving back to Finland’s status in the VR industry, Mindfield Games recently released a VR sci-fi game called Pollen which is already receiving rave reviews from gamers around the world. Similarly, Helsinki’s Vizor is in the midst of developing software that allows users to create their own VR experiences using their web browsers.

A recent round of seed funding has given the company an extra €350,000 to play with and by the time the product has been perfected, Vizor’s CEO Antti Jäderholm belies VR will become another “media format”. Much like we see videos and images as standard media formats, Jäderholm thinks that Vizor’s technology will occupy the same space. Indeed, by clicking a web link, users will be able to view something in virtual reality instead of looking at an image or video.

As you can see, Europe is certainly a breeding ground for VR innovations, but that doesn’t mean other countries aren’t driving the industry forward. Canadian companies such as Pinch, with its product that turns your Smartphone into a VR headset, are bringing virtual realms to the masses. In fact, at the other end of the price spectrum, Canada’s Sulon Technologies is aiming to compete with Oculus Rift by realising its own VR headset: Cortex.

Regardless of where the latest VR innovations are coming from, the industry is certainly moving forward at an impressive pace. Indeed, while competing companies on either side of the Atlantic might be fighting to see who can win the great VR race, the real winners in this situation are customers.

Competition drives innovation and while some will argue that Europe is now something of a VR hub, the reality is that it doesn’t matter where the latest products come from just as long as they keep coming.

IoT Competitions will invent the Internet of Everything

Infographic: The best time to send out press releases