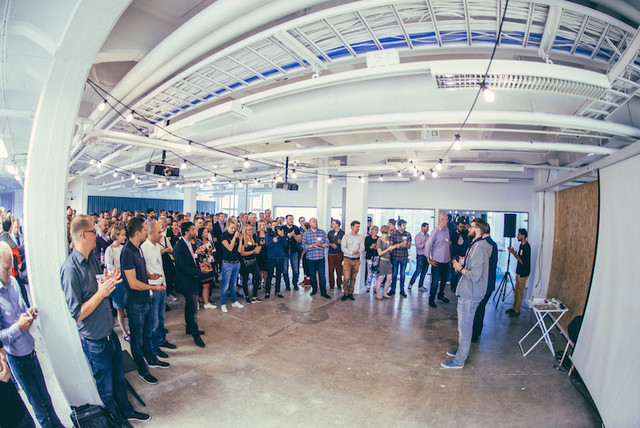 Sleepless nights, downs and ups, but 130.000 downloads in Denmark

Almost a month ago, one of Europe’s largest online fashion retailers, Zalando SE, opened their new Tech Hub in Helsinki. At Nordic Startup Bits, we have asked them how the adventure is going so far.

On August 27th, Zalando proudly announced that they expanded their European Tech operations to Helsinki.  Nordic Startup Bits caught up with them a month later to ask how the expansion is going so far and what one should have in mind when making move on this scale.

“The Tech Hub is up and running and we couldn’t be happier. A few of our new colleagues from the Helsinki Hub (#Zelsinki) have already been in Berlin for their onboarding period and have started to settle in nicely,” says Sigrid Dalberg -Krajewiski, corporate communications, Zalando.

When establishing a new office there are always some bumps in the road, but Zalando has had a very easy time of so far in Helsinki. At the current stage, they are about 15 employees, and by the end of the year they plan to have at least 50 people on board. Making a move on this scale is not easy and not something you can “just do”. Zalando received tremendous help from the city of Helsinki, and they connected with local partners for corporation and collaborations. Zalando has a history of moving fast and effective execution, which has also been the case with the move to Helsinki. They also managed to get senior local managers secured quite early on, which made the process smoother.

Helsinki is geographically and strategically important since it is close to the Nordics, Baltics, and Russia, making it an attractive city for relocation, and thus drawing even more talent from neighboring countries. Moreover, the quality of life and huge tradition of tech development in Finland is a clear benefit, as well as the flourishing community for startups and entrepreneurs.

“Helsinki contains a large pool of talent and we feel as if we are at the right place at the right time. Zalando has been welcomed so warmly and they look forward to star participating in the tech and startup community in the city,” says Sigrid Dalberg -Krajewiski

Zalando is a mobile company and in order to attract the best talent possible, a single office in Berlin is not enough. They did thorough research before choosing Helsinki as the site for their second hub outside Germany, and realized that Helsinki, with its mobile tradition and entrepreneurial spirit, was the right decision. In order to develop their mobile services in the best way possible, it is important to source talent from various places and cultures. In Helsinki, Zalando is going to work on a customer centric app, where they connect all fashion players, from shoppers to retailers to brands. This is in line with Zalando moving towards being a complete fashion platform.

Sleepless nights, downs and ups, but 130.000 downloads in Denmark

How Zalando keeps the startup spirit – even with 10,000 employees

Peter Green brings you the vibe of all Nordic startup events at once!