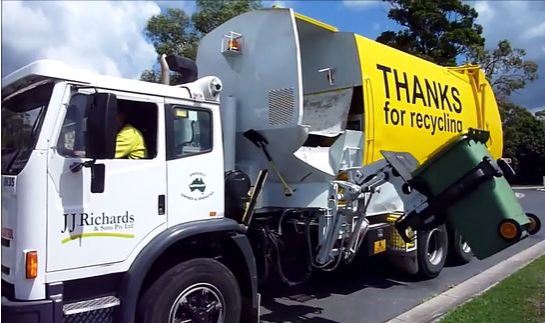 In terms of on-the-job danger, which professions do you think represent the greatest risk of sustaining personal injury? Interestingly, in the US, solid waste haulers rank third on the list, behind fishing and timber cutting. In fact, garbage collectors are injured around five to seven times more than the average worker. Finand’s Sunit is tackling these dangers with an innovative computers mounted in garbage trucks.

Sunit’s clients include the Australian waste management company JJ Richard and Sons, who have equipped hundreds of garbage trucks down under with Sunit’s fixed-mount computers, which help do the heavy lifting along with an innovative software program from an Australian customer.

The system can identify between various waste bins on the side of the road according to the allocated color of their lids. Such is the efficiency of this approach that although drivers work unaccompanied whilst operating the hydraulic lifting arm, the company’s volume of collection has increased significantly since implementation.

Normally, garbage truck drivers would never work unaccompanied.  In typical garbage collection, a garbage truck includes a driver and one or two assistants, who do waste collection by hand, including moving and weighing waste bins and sorting their contents.  This can be dangerous work, and the more contact there is between waste collectors and garbage, the higher risk the job becomes.

Prior to using Sunit, JJ Richard and Sons drivers typically collected up to 100 containers during a shift. Now, a single driver can empty up to 600 waste bins.

“They collect 600 bins per truck per day,” states Esa Suutari, Sunit’s head of sales and marketing. “The client designed a very rapid system. The application also takes a photo of the bin, what’s inside. It sends the picture and invoice to the customer and then sends customer statistics to the community.”

From its home base in the town of Kajaani, Sunit has consistently expanded its customer base over the past two decades. Alongside Finland and Australia, its customers can also be found across Europe, Russia, Saudi Arabia, the UAE, Bahrain, Chile and Canada. Given the fluctuations of the international market, the company is constantly broadening its scope, with one common thread.

“We try to find customers who require special types of computers, mostly in the purpose logistic business,” Suutari explains. “This is a vehicle that does not know in the morning where it will end up in the evening.”

This article was originally published on Good News Finland.