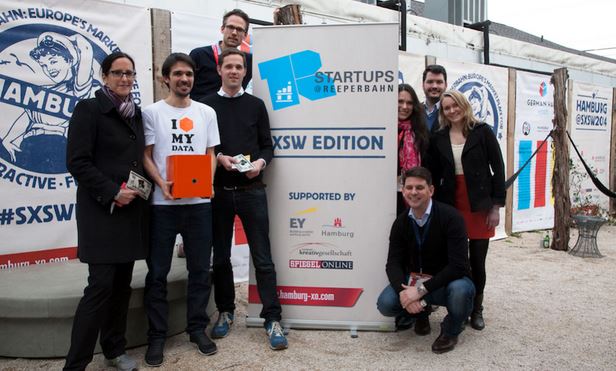 Medihub: “We hit the bottom but now are on the way to the top”

Tinnitracks is a digital health startup that treats tinnitus through an inventive audio therapy app which works by manipulating the frequencies in music. After capturing the top prize at the Reeperbahn Startup Pitch in 2013 and becoming available on German insurance, they have tackled global market entry at a faster pace than many of their peers.

In 2015, they captured the top prize at the SXSW Accelerator, a prestigious pitching competition that has seen alumni raise a collective $3.10 billion since 2009.  Now, Tinnitracks is working on a US expansion, and will shortly be available by prescription in the UK through NHS.

Digital health is a tricky industry for startups, where market access can take years due to the maze of regulations in the health and insurance industry.

“Healthcare & Pharma is an industry of its own”, says founder Joerg Land.  “It is strictly regulated and this is not going to change any time soon.”

Tinnitracks learned that focusing on building up a core product was not the best way for them to reach global success.  The company is now working on creating multiple products, within the same niche.

“Fixed cost for medicinal products is such a huge factor due to regulatory compliance issues and ensuring access to physicians and insurances, that it makes more sense to run multiple products in the same range.”

The new product idea was actually not generated in the company itself, but in fact was suggested by an insurance company.

“When you build a business, you need to focus on your competitive strengths.  We are good at digital platform development for healthcare and audiology, regulatory compliance…and solution building for insurances.”

The insurance company’s suggestions sparked the realization that products built in the context of clinical research could be built for everybody else as well.

“We are thinking about leveraging our technology in different use cases. From a company perspective, this allows us to spread costs. Also, for insurance companies, it makes sense to use more products from the same supplier, once trust has been established  –  and with insurance companies, trust and proof of concept are important assets.”

A foothold in the US

The company has also opened a base in Boston in early 2016, becoming the first German startup abroad funded by the German Accelerator for Life Sciences (GALS), a government initiative.

“They help us to get into the market”, says Joerg of GALS.  “Things like finding the right consultant for regulations are quite challenging when you haven’t done anything like that before”.

The team in Boston is now 7 people – including a scientist and a consulting lawyer, a necessity in digital health.

“The Boston team will, for example, support us with research on market players, general market access and distribution channels to the best-in-class audiology companies in the US.  Audiology is a difficult market in itself and the US healthcare system, which is completely different from the EUs, adds to the complexity.”   For example, you can’t buy drugs at the supermarket in Germany, while typical cold medicine, painkillers, and even hearing aids typically found in American supermarkets.

No shortcuts to success overseas

“There are no other German digital health companies that have made the jump to the US.”

In industries like digital health and insurance that are opaque for outsiders, access to knowledge is critical for success.  But companies looking to gain this knowledge must often trade control for access.

“I believe corporate incubators can unleash creative potential, however, they often carry corporate agenda and legacy into the development process,  which can be a real challenge as radical ideas mainly evolve beyond the existing framework.”

He points out that a lot of the big innovations in digital health are done at universities and research institutes, which also have poor track records of growing successful companies.

But it takes more than sector knowledge for a company to succeed.

“For corporate incubators, incubating and marketing are sometimes hard to separate, which hems their potential.” And good marketing can be the difference between failure and success.

It is in this aspect that Tinnitracks big win at SXSW helped the most.  “We had more than 600 mentions in the press both in Germany and also internationally, which was much more than we would have ever expected. Attending an event like SXSW completely changes people’s perception.”

“Even today, many journalists still cite the award when they portray us.”

He warns, however, that merely showing up and pitching at an event like SXSW is not enough. Companies need to be prepared.  Tinnitracks worked with Hamburg Marketing and Hamburg Startups, a community organization, to get the most out of their trip.

“What are the most important networking events, how do you prepare to get there?  SXSW is too big for someone to just go there blind.”

The SXSW Accelerator Deadline is November 11th.   Apply here for your chance to pitch at  sxsw.com/interactive/accelerator

Medihub: “We hit the bottom but now are on the way to the top”

Be human, be thoughtful, be better – the themes to consider next, after NEXT15