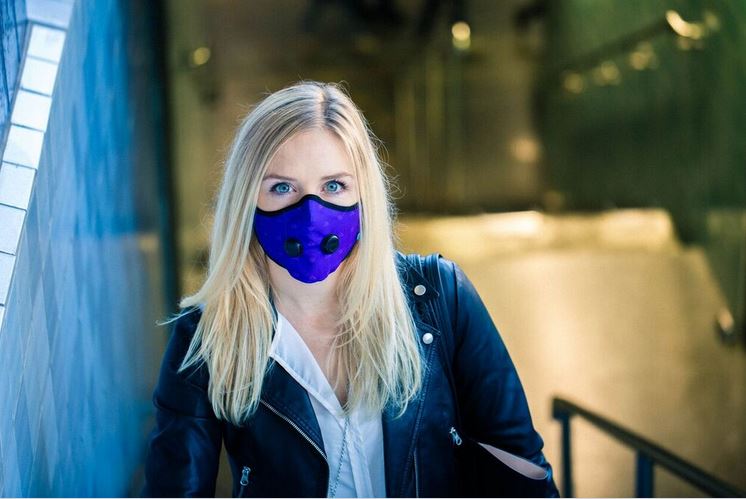 In 2014, Airinum CEO and Co-founder, Alexander Hjertström, moved from Sweden to India to attend a semester of school. Within his first few weeks in India, he noticed he was having asthmatic symptoms due to the poor air quality. This led to a growing concern on Alexander’s part, as he knew that this was not just an isolated issue in India but a growing concern for the world.

Alexander began working on a project for university covering air pollution. Since he was living the experience firsthand, he was looking for an accessible product that he and others facing worse symptoms than he could utilize.

This led him to look for an air mask for the first time in his life. However, much to his dismay, he found that there was not a quality air mask available on the market. He wound up ordering any air mask he could find to see what they were made of, how they worked, and how they could work even better. He wanted to make something people trusted and that truly worked to protect their health. He also knew that he wanted it to look as non-industrial as possible.

Through the project-turned-passion, Alexander found that the market for air masks is largely unregulated. Due to this, many do not particularly trust wearing air masks to provide the sought after needed protection. In many cases, Alexander found that people would even tie an old shirt or other piece of clothing around their face to try and protect from the poor air quality.

Some available masks are not suited for individual use as they are fashioned to deal with heavy chemicals in industrial settings.  Other masks didn’t fit the face properly and therefore did little to effectively block out the toxic pollution levels. Alexander hopes that the masks Airinum makes will assist to de-stigmatize the act of wearing air masks as they want the focus and trust to be built around the high protection afforded and comfort to the wearer.

Back in Sweden, after much time in development, Airinum ran a Kickstarter campaign in December 2015. This brought a lot of attention to their cause. During the campaign, they had 1,400 customers from 57 countries, and are now in full production mode. “Many companies around the world have done this and that is a proof of concept for Airinum. Companies are doing well but we’ve just scratched the surface, there is room for a number of competitors in this market”, says Alexander.

Uncovering part of the process

Once Airinum had the idea for their product, along with validation of concept, they started to collaborate with a company that measured particles present in the surrounding air in conjunction with particles present within the air mask. They had an unbiased party present for the testing. Alexander stated, “The air masks protect the wearer in two ways, with filter technology and the fit of their masks. It does not matter how great the filter technology is if a mask does not fit properly it will not benefit the wearer”.

Airinum has worked very hard to make their mask design visually appealing, seamlessly fitting, fully functional, and efficient. This allows ease of use, which is critical to their cause to first and foremost, protect the wearer.

Airinum began obtaining orders from cities such as New York and Los Angeles. These were places in the world that never entered his thoughts as initially needing air masks. Working hard to develop a product for areas they know are affected, they never thought about the less obvious places that still would benefit greatly from their product.

A majority of the orders that Airinum receives come from Asia, but Alexander stated that, “We receive customer requests from the US everyday”.  Alexander followed up with, “Nearly 1/3 of the planet is polluted. In Beijing everyone wears masks. And, “our end goal”, stated Alexander, “is to someday not even have to exist as a company. We are hopeful and we are getting there as awareness is becoming much larger.”

Airinum is currently located at the Swedish co-working space  SUP46, and has been accepted into an accelerator through Stockholm Growth and Innovation. The company is currently looking for further funding to continue product development.

IoT in health care: the clock is ticking