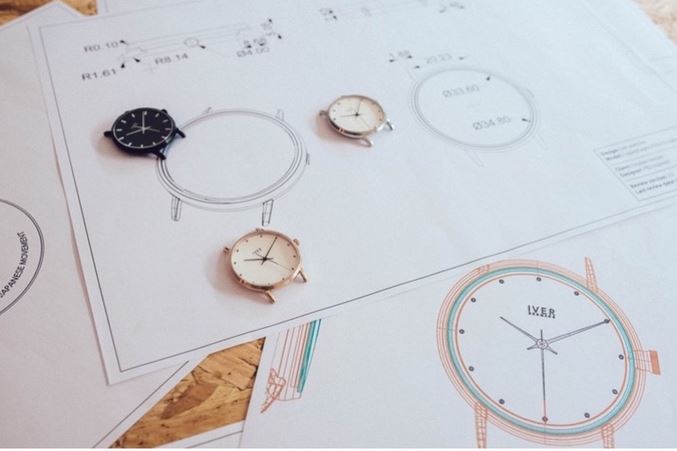 Nordic design is indeed trending worldwide. In less than three hours the new Danish watch brand IVER Denmark reached their funding goal on Kickstarter with backers from four continents, going well beyond the expectations of the team. Founder Kristian Asbjørn Iversen, shares his insights as to how they prepared for the launch.

It takes a lot of time to build a crowd that is bigger than your nearest friends, so start as soon as possible. We launched our Facebook page and Instagram two months before the Kickstarter campaign. In retrospect, we should probably have started even earlier. The Kickstarter platform is very competitive (only one in three projects succeeds), and as most of the traffic is directed to Kickstarter from Facebook, it is essential to establish a crowd and community you can reach here. I was lucky to have quite a few friends in the US and Australia who have shared our page creating an international reach. Facebook’s algorithm prioritize video content, so we spent a lot of time and resources on creating video content instead of just pictures.

Engage the crowd by letting them commenting on the design

We spent a lot of time engaging with potential customers in the design process. When we had made some changes to the design, we reached out to receive feedback. For example we spent whole days on the streets asking hundreds of people what they would like to improve on the design. On Facebook we asked for comments and got tonnes of feedback that eventually improved the product substantially, and had the crowd feeling they have a stake in the brand. The insights we gained along the way has been essential in creating not only the watches, but also the video, Kickstarter page, website and more. Essentially IVER Denmark is highly shaped by the crowd itself.

Show the people behind, not just the product

I have always thought that Apple’s product launch videos featuring Jonathan Ive were fascinating as they connected a product to the person/team who have made it. At the same time, they also tell the story of how they made it. Only few brands do that as they only talk about the product itself. This inspired us to do something similar, where the people behind the project become visible actors in telling and sharing the story of the product step by step. For example we showed a lot of behind the scenes pictures when in meetings and at photoshoots.

As a bonus we were lucky to have built up excitement about the product so it hit the ground running when we launched the campaign.