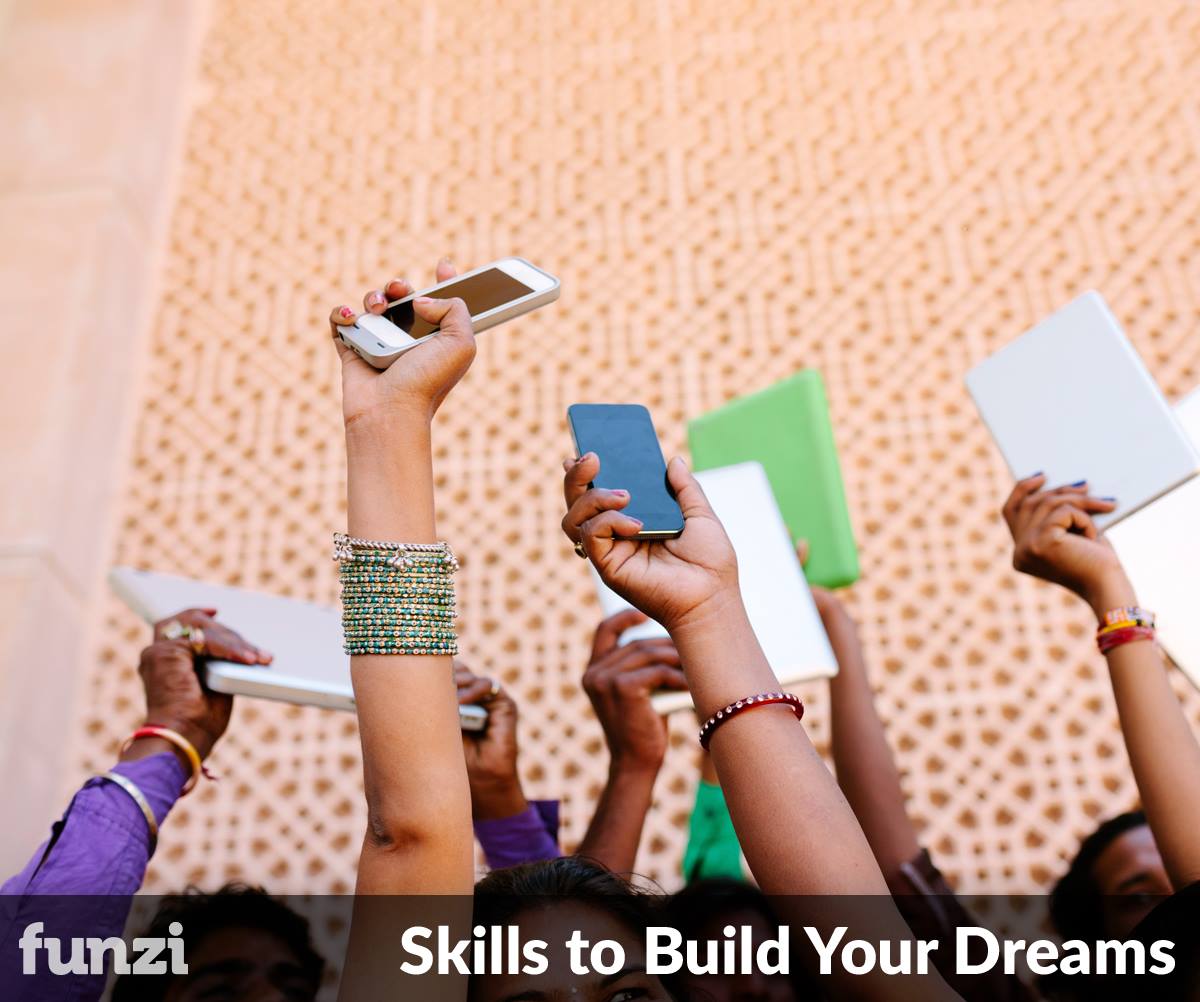 Finnish ed-tech startup Funzi starts with a premise you may be familiar with – learning on a mobile phone. But their unique focus on emerging markets has people around the world sitting up and taking notice.

Funzi is reinventing how learning is delivered – not in terms of content, but in terms of the delivery of learning to the individual. They are already running Africa’s largest mobile entrepreneurship course, and Aape Pohjavirta, one of the founders of Funzi, adds that it’s actually the world’s first and therefore largest mobile entrepreneurship course.

Funzi was founded in February 2014 by a group of passionate individuals who wanted to use their expertise in the mobile industry to deliver access to quality learning to all mobile users for free. The team was inspired by Africa – the continent of growth – and untapped potential.

Funzi means “to think” in Finnish, and is deliberately similar to the Swahili word “funza”, which means “to learn”.

Showcasing Funzi around the world

Since Funzi’s launch in 2014, Pohjavirta has been flying around the world discussing his project.  At the Reeperbahn Festival in Hamburg, Denmark, Funzi competed in the Startups at Reeperbahn Pitch, where they were one of only five startups to make it to the finals. At the Nordic South Africa Innovation Summit in South Africa, Funzi spoke to a group of people that included Denmark’s Crown Prince Frederik, and recently flew to Amman, Jordan, to participate in a UN Reliance Innovation Conference.

What is the algorithm for learning?

Funzi provides services that result in immediate impact, allowing users to develop new skills and empower collaboration between individuals and experts. All Funzi services are built around a service design DNA that combines the development of knowledge and skills with the social component of sharing. And that’s where things start getting very interesting. Pohjavirta and his team want to find the algorithm for learning, which they believe can be found in the connection between learning and happiness.

“The creation of the generic algorithm for learning is a long-term dream. The information that Funzi gathers can be used to create self-organizing maps of how learning happens. Understanding those maps may – or may not – lead to the development of an algorithm that could automatically create a “learning path” on top of existing content. I believe that such a learning algorithm could be very close to the algorithm of happiness, if such [an algorithm] even exists,” Pohjavirta says.

When asked about their journey so far, Pohjavirta said that being the first mover means having to deal with a lot of unknowns.

“We call Funzi a leader in mobile learning because we are the first. That means much of the process consists of understanding the context – and example for this is the answer to the simple question: ‘What KPIs do you use to measure your success?’ We did not know. And nobody else did either. Everyone had opinions but nothing was clear. Today we understand what we should measure but it took us months to find it out. So the process has been full of challenges but with our curious attitude and focus on highest possible quality we have been quite successful,” Pohjavirta said.

Funzi’s progress has been rather fast, and when asked which major factors helped them achieve that, Pohjavirta contributed most of it to data.

“The intensive and extensive user- and data driven design process helped us achieve this. Also access to research data, previously acquired knowledge, and experiences were helpful. But the biggest factor has been the super-effective collaboration within our team. If you think of it – from zero to a globally available, deliverable service with replicable and predictable results in less than 18 months and using as little money as we have spent – show me someone else with such a track record,” Pohjavirta said.

In Funzi’s attempt to gain access to larger groups as part of their reiterated road map, Funzi created a new front-end for their back-end which resulted in Funzi now being available in seven countries as a part of Internet.org’s services, an initiative led by Facebook. The further development of funzi.mobi makes it available to all browser-users, meaning that all users of the mobile Internet have access to Funzi’s services already today.

“We see Facebook as an important partner for us and they are one of the two companies who actually have the muscle to deliver the Internet to the Global South fast. We are also partnered with Google but we have not yet launched anything significant with them,” Pohjavirta adds regarding the Internet.org collaboration.

Modern education – a graveyard of funds?

Funzi’s mobile services for asylum seekers are the spearhead project of the Learning Evolution, “a Finnish national agenda that develops methods, services, technologies and tools to create digital and scalable implementations of the world-leading Finnish education system.” The mobile services Funzi is providing aim at solving key problems of asylum seekers in the EU, more specifically relating to integration, employment, and education. Funzi proposes to do this through a three-tiered solution. The first one and most immediate being a browser based, multi-language solution with practical tips on everyday life. The second one for mid-term impact with a focus on entrepreneurship and skills for the local workplaces, and the third one for ecosystem development using hybrid learning and collaborating with NGOs and authorities in refugee camps in geographies of origin. The content is in Arabic, Somali, and more languages and according to Pohjavirta, they’re gaining traction within cities and municipalities that have implement Funzi’s localized versions.

“The reason we talk about education is that it is the biggest graveyard of funds that our humanity has put together. Every year, we spend trillions of dollars in maintaining a system that uses techniques and structures that were created thousands of years ago. Yet we create substandard results. Simultaneously, we spent a couple of trillion of dollars and have been able in just two decades to build an ecosystem around this planet of ours that serves everyone on this planet with a mobile internet. What you do, is you add education and mobile together, and that is a marriage made in heaven,” Funzi founder Aape Pohjavirta said during a talk at Slush 2014.

Funzi is planning to launch their mobile entrepreneurship courses in Arabic shortly.

Below are two of Aape Pohjavirta’s talks to get you inspired.

Be human, be thoughtful, be better – the themes to consider next, after NEXT15