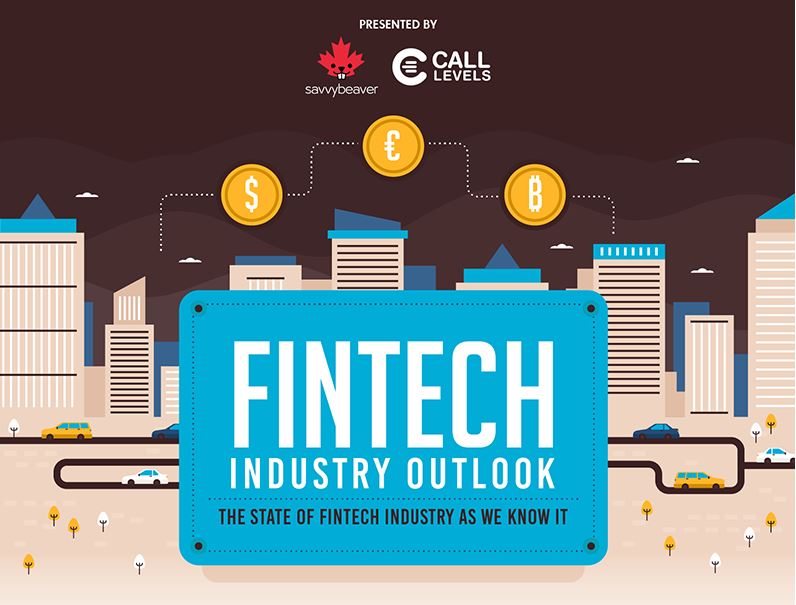 Financial Technology, also known as FinTech has made robust strides over the last five years. It is becoming a pivotal part of the global economy. Being the technology that is meant to make financial services more efficient and effective for all, FinTech is just getting started. We should expect more growth in the sector, this fiscal year, and the rest to come. Check out the below infographic to take a closer look at the fintech industry.

Financial and technology gurus have premeditated the exponential growth. A good example is Bitcoin and the other cryptocurrencies. The world is embracing a new way of transacting and in the next few years, the traditional methods of doing business may become extinct.

The rise of FinTech is almost legendary. In 2010, companies were only testing the waters, everyone waiting to see what the industry would offer. By 2013, the sector makes a tremendous growth, moving in investments from $3Billion to over $12 Billion in 2014. The growth did not stop at that point. By the end of Q2 of 2015, $12.7 Billion more had been invested. The growth experienced by FinTech is one that has yet to be seen before.

FinTech’s favorite areas of focus include payment and lending and cloud sourcing services. With the introduction of mobile transactions and the bitcoin, consumers have more avenues for check out, which leads to the growth of FinTech. More companies in the world, including Dell, DISH Network, Microsoft, and Overstock have added bitcoin as one of the accepted methods of checking out. The main ingredient to the tremendous growth of FinTech is the promise of better, efficient services. The world is only asking for better as opposed to what has been the norm.

The growth of FinTech is particularly successful in the parts of the world where the right infrastructure is in place. Currently, the US leads the pack as the country with the most conducive atmosphere for the growth of FinTech start-ups, with good examples such as Silicon Valley, Boston, New York, and Los Angeles. Tel Aviv, in Israel and London, are two of the other cities in which the start-ups are promising.

The promise of FinTech is yet to die down. These five start-ups; Stocktwits, Motif Investing, Robin Hood, Moven, and Acorns are trending and promising to make heads roll in the banking and investing industries.

The future is still unclear as far as FinTech is concerned. The one thing that is clear is that the public will be at liberty to make decisions that affect them more quickly, owing to the availability of information that this advanced technology will bring.

A new infographic from Savvy Beaver and startup Call Levels takes a closer look at the current financial technology landscape.

Ed-techs on ed-tech: How to fix higher education