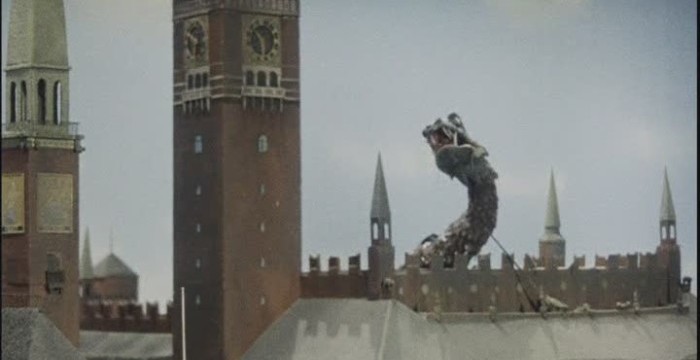 Should we strive to make money so we can make games, or is it okay to make money for money’s sake in the games industry? At Games Business 2015, we’ll discuss the answer.

Rune Drewsen is the Co-founder and managing partner at Triband, a game developer who is currently working on a Virtual Reality title called Reptilicus VR – a social VR games based on the first Danish monster movie, Repitilicus, from 1961.

The game is played with VR goggles and controlled using the Salto suit, which has been developed by another Danish company called Rokoko. Salto is a motion capture suit, which can, among other things, be used for VR games.

The Reptilicus IP is owned by Nordisk Film, but the small team at Triband got the rights to use the character nonetheless, and when they went to Rokoko with the idea of developing a VR game for their Salto suit, they loved it. The game is slated for release in 2016.

At Games Business 2015, Rune will talk about the business philosophy of their company, and why they never develop games purely to make money, while still wanting (and needing) to make money in order for their company to succeed and keep existing.

“We need to attract new talent that can lead us in new directions; directions we haven’t yet considered and that’s why I think it’s important to attend a conference like this. It’s okay to make a business, but make money so that you can make games…not the other way around – We need to remember that it’s always good for any industry to be diverse.”, Drewsen says.

Rune is a firm believer that this is definitely possible, and you don’t necessarily have to make a match-3 cash cow filled with in-app purchases in order to succeed in the games industry.

“Over the past few years we’ve seen the danish games industry drifting towards “where the money is”, instead we should be looking at changing where the market is by making new original games. We can’t get ahead by following everyone else.”, Drewsen concludes.

Denmark’s largest games industry conference for Nordic game developers returns on December 7th to discuss the future of business in the games industry. The lineup of speakers includes as Ex-King Tommy Palm, Christine Thaarup, Steffen of Betadwarf, and many many more!
Tickets are limited and can be booked here.