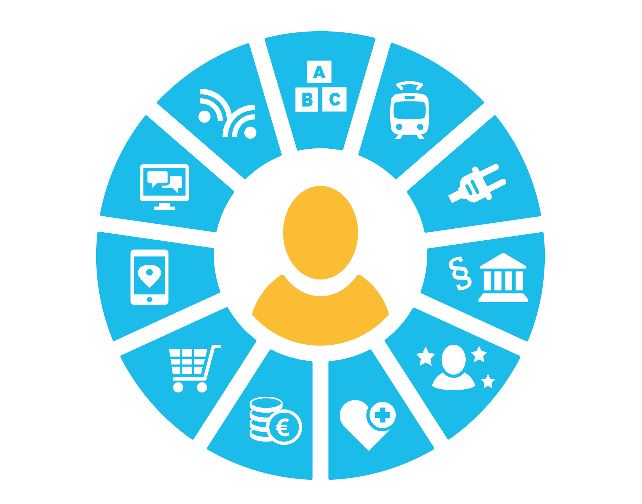 The MyData 2016 Conference is an international event  dedicated to helping people manage and reuse their personal data currently controlled by companies and governments.

The conference will bring industry leaders to Helsinki later this summer in an effort to drive forward this important topic. MyData is an initiative led by Open Knowledge Finland  and the Helsinki Institute for Information Technology (HIIT) in 2009. Other hosts include the French think-tank Fing (Next-Generation Internet Foundation) and Finland’s Ministry for Transport and Communications.

The conference promises to bring together over 1,000 representatives from business, academic and government organizations alongside individuals and activists who are looking to design policies and solutions that empower people to re-gain control of their personal data.

MyData 2016 will be the largest conference to address the future of personal data management after the European Union established the world’s strongest data protection regulation  in April 2016. This EU GDPR takes effect in 2018 and so the next two years is the time to design new business models and services.

Key  actions include the need to solve issues such as citizen distrust of online services, privacy concerns, unclear terms-of-service agreements, the need for secure digital identity standards and the extent of government surveillance programs.

For years the major platform players including Facebook, Google, Amazon, and Apple have attracted growing numbers of people to use their free services. Trying to understand the various terms of agreement and their use of our personal data is an almost impossible task.

There has been a lack of transparency in the use of personal data which has led people to be more cautious about trusting such services, especially as use via mobile provides much more information (back to the service provider) about location and routines.

The power has very much been in the hands of these service providers for them to decide how to monetize your subscription. No co-incidence then that these have become the most valuable companies in the world.

Your data as “payment”

The free service rarely comes without cost. Whether that cost is in receiving ‘targeted’ advertising or other forms of ‘recommendations’ via social media channels. The old adage,  “If you are not paying for it, you’re the product” stands true.

Some interesting indication of advertising revenues per user (ARPU) figures for such services are highlighted here.

As individuals we can become empowered, proactive actors, not passive targets, in the management of our personal lives both online and offline. As the MyData graphic image reflects – our data is everywhere: linked to our online and offline lives, in health systems, banking and finance, retail and in and across many more services.

Already in 2011, The World Economic Forum (WEF) concluded in their report that Personal data is becoming a new economic “asset class”, a valuable resource for the 21st century that will touch all aspects of society. The report highlighted that to unlock the full potential of personal data, a balanced ecosystem with increased trust between individuals, government and the private sector is necessary.

A more recent article for WEF by Nathan Eagle CEO Jana stated that with an increase in applications across industries, “it’s reasonable to project that individual data will soon be worth over $100 per internet user.” He continued: “To start pushing some of this value back to the individual, we need to view personal data as an asset rather than as a by-product, and find ways for people to actively access its value.”

It would be reasonable to share that value between those who provide the data and those that manage the infrastructure.

The MyData conference running from August 31st to September 2nd offers the forum to proceed. With a combination of high quality speakers and active focused sessions covering topics such as sharing the value of personal data, value creation and business models and technology ecosystems and data governance.

Identitrade aims to unlock the web