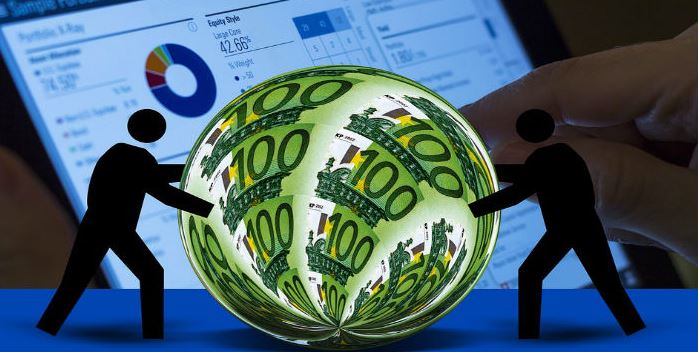 A new report by BDO and Danske Bank singles out Nordic fintech disrupters as medicine for “sick” banking industry, and emphasizes the need for both fintech startups and traditional banks to form symbiotic relationships if they want to create true positive disruption.

“The Fintech Disruptors Report: Nordic Edition” analyzes current trends in the fintech industry across Europe and the Nordic countries, and comes to the conclusion that ambivalence between the banking industry and fintech startups cannot remain the status quo.

Banks will fail if they don’t innovate

Fintech is often viewed cautiously by banks, many of whom are still reeling from the financial crisis.  Previous industry research has outlined the “threats” to retail banking that new technology poses. But the “Fintech Disrupters Report” strongly argues that this view should be dismantled.

Banks are certainly feeling the pressure to compete.   Banks previously relied on trust as the primary means of competing with challenger banks, but the success of startups such as Klarna and iZettle show that customers are open to fintech upstarts.  Fintech startups often offer an improved level of transparency in their services.

“From a banking perspective, when you launch a new service, there is some kind of fee on it.  When you are looking at challenger banks, one of their main value propositions is that they get rid of hidden fees,” says Chrisopher Hernæs, VP at Sparebank 1 in Norway.

According to the report, 88% of banks in the region recognize a need to rethink their current strategy and business model in the digital era, but less than half had a clear plan in place to address this.

The report urges banks to partner with fintech startups, who have the agility to develop new products and services in finance.

Meanwhile, although fintech startups have been growing in number and diversity of services, they still have major barriers to growing their businesses.

Major regional successes such as Izettle, Klarna, and Seamless succeed by targeting demographics that are neglected by traditional retail banks.

iZettle founder Magnus Nilsson  explains, “[the SME segment] is approximately 30-60% of our business and our main segments are retail, hospitality and business services. These markets are underserved… and iZettle has a different business model to the banks.”

But for most new fintech companies, entry into markets is an uphill battle.  As Christopher Hernæs explains:

“Startups will never have the distribution power.  Banks have the market reach.  Market reach is very difficult to achieve, especially in financial services.  A lot of fintech companies are delivering stand alone payment solutions, and they have to close down or change their strategy to partner with banks instead of going against them.”

Partnership is the future of Nordic banking

Successful partnerships between banks and fintech companies are already happening at a small scale.  Banks in Sweden and Denmark have collaboratively innovated on mobile payments, for example, and some banks, such as Nordea, have launched their own fintech accelerators.  But collaboration needs to become the status quo if banks want to keep up with new technology.

As for startups, market reach isn’t the only reason for collaboration:  the Nordic venture capital bottleneck constrains fintech companies from scaling, and collaboration and partnership can help alleviate this.

And for banks, collaboration means that “a strategy of ‘wait-and-see’ for the next financial crisis to unfold before responding, as the ground shifts beneath them” will finally become obsolete.  New technologies like blockchain are likely set to automate processes in financial services and completely change the way banks operate.

Christopher Hernæs points out that banks must take action,  “so  [they] are not just sitting idly by watching somebody on the sidelines doing something beneficial. It is better to invite them in and talk about doing something great together.”