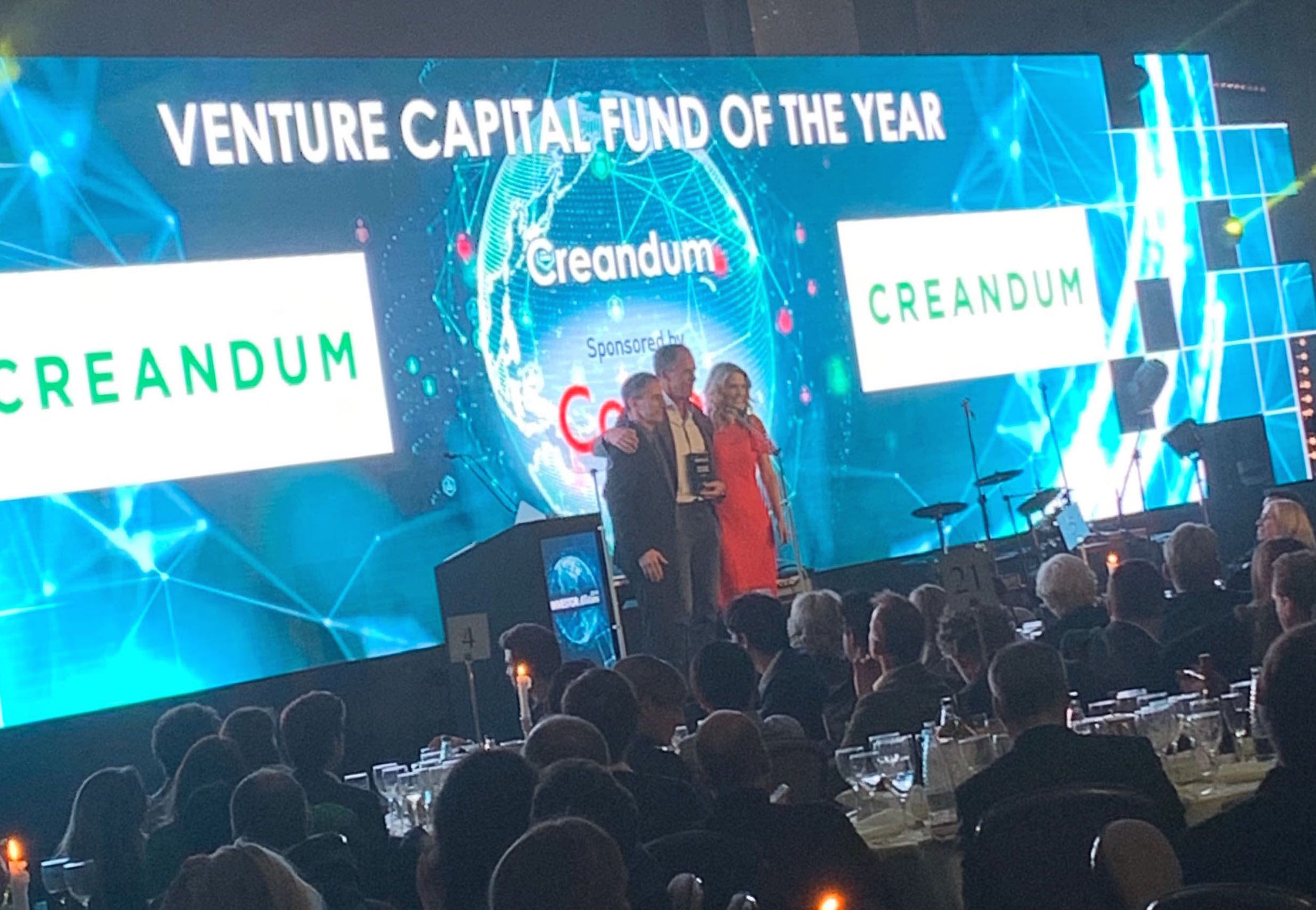 The Creandum funds won the “Venture Capital Fund of the Year” award at the 17th Investor Allstars event last night distinguished with the honors due to the outstanding performance over the previous year driven by exits from Spotify, iZettle, Small Giant Games, and Elastic.

According to industry experts, the Creandum II fund is the best European institutional venture fund to date.

The Creandum Advisor team has 80+ years of combined start-up and operational experience as well as a strong network to pass on to the Creandum funds’ portfolio companies and has a reputation for adding considerable value to portfolio companies as well as to the early stage European investment community. Their presence in Stockholm, Berlin, and San Francisco enables them to provide exceptional support to companies when it comes to internationalization.

“We are grateful to have partnered up with exceptional entrepreneurs working incredibly hard to push innovation into the world,” says Johan Brenner, General Partner at Creandum Advisor, in a press release. “This award is a great recognition and motivation to the Creandum advisory teams in Stockholm, Berlin, and San Francisco to continue the relentless search for the companies of tomorrow.”

The Creandum funds’ portfolio companies were well represented at the awards as well. The “Entrepreneur of the Year” award went to Timo Soininen, co-founder of Small Giant Games, for his influential impact on the Nordic gaming community. iZettle was nominated for “Exit of the Year”.

The Investor Allstars Awards are hosted by the investment bank GP Bullhound and Bonhill Group. The event has been crowned the ‘Oscars’ and ‘must-attend’ event for the European entrepreneurial and investor community.