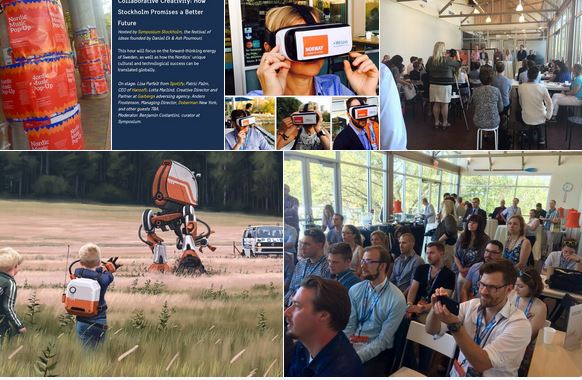 The South by Southwest Festival (SXSW) is more like a festival than a traditional expo. It figures, as it has its roots as a film and music festival. SXSW consists of three main parts: Interactive, Music and Film.  My company, Vincit Oy, came for the Interactive part, as part of one of the Finnish companies coming along with the Nordic Lighthouse.

Interactive consists of tons of presentations about technology and design. There’s also a huge trade show where exhibitors present their products and services. The registered attendance at the event was a whopping 72 000, not counting the thousands of people attending just the side events without an official badge. Along with the main Trade Show, there were side exhibitions that each would have been a decent sized expo all by themselves in Finland. These were SXCreate, SXHealth&MedTech, Job Market, VR/AR showcase, Music Gear and Gaming Expo.

For a first timer SouthBy can get pretty overwhelming. The pure amount of events and exhibitors is just incredible and a ton of time went into research on what sessions to attend to. It was also good to take a few hours to walk around the trade show and find out about interesting new stuff happening.

I attended about 10 different talks. My highlight was Stephen Wolfram’s live coding and Q&A session. He and his team are doing really cool stuff with the new Wolfram language. Go check out a quick intro for programmers. But overall, based on the ones I attended, the talks and presentations are not the reason why you should come to SXSW, at least if you’re a programmer. There are plenty of more focused, in depth conferences for specific areas of programming available. For designers, the offering was better and it seems that the quality of presentations was higher.

The trade show and the crazy stuff

The biggest trends in trade show seemed to be different kinds of wearables, drones and Augmented reality / Virtual reality.

It seemed like almost every other booth had a VR headset. There was even a separate exhibition after the trade show dedicated to VR/AR. I checked out quite a few demos and the most promising ones seemed to be related to gaming and a more interactive way of storytelling. Maybe for gaming, this could mean a return of the arcades? At least before the tech is good enough to allow for gaming mobility with the headsets without wires. Google Cardboard is a cheap way to go and experiment with VR.

Our booth was located within the Scandinavian section, which had a large group of Scandinavian companies. I’m happy to notice, that Finland was excellently presented with a total of 14 companies! The attendance at the booth was also really positive, we were prepared with over 200 rubber ducks, but ran out during the second day of trade show. Better bring bigger suitcases for the ducks next year. I suppose being able to solve your problems with them appealed to the attendees.

The Trade Show’s Asian section was a whole ’nother story. They just come up with all kinds of crazy and it was great fun taking a walk on those booths. My favourite was a party wig full of earphones. The idea is that you can share your music in a party to all your friends and maybe even sneakily attract the opposite sex closer to you.

If Scandinavia was well represented in the Trade Show, the official Scandinavian venue made it even greater! Waller Creek Boathouse was transformed into Nordic Lighthouse and it was used for a lot of successful events and workshops including VC-startup meetups, music presentations by Scandinavian bands and film presentations from Scandinavian filmmakers. It was a great place to make new connections and talk to people. Kudos to Peter Green, Pekka Pärnänen and Hartti Suomela for the big part they had in making this happen!

During SXSW the entire city of Austin is full of tech events, gigs and film presentations. It’s really a wonderful combination of festival and tech. The city is full of RSVP parties by different companies, so if you plan your schedule, you shouldn’t have to pay for many meals or drinks. Getting in to RSVP events usually requires a pre-registration, but there’s an app for that! RSVPster signs you into all the parties and events, so you don’t have worry about registrations. If you plan on participating, that’s highly recommended.

Even though being slightly overwhelmed by just the magnitude of everything that was going on around us, we still managed to pull off a really successful trip. We got a bunch of new leads, even more new contacts, solved hundreds of people’s problems by handing them a rubber duck, learned new things from the presentations and were introduced to a lot of great new companies at the trade show.

Austin looks like a really cool city. It’s kind of a tech center in the middle of Texas and therefore maybe not much like a usual Texan city. Although, as a Finn the “No guns” -signs at the conference centers were a bit weird.

LAUNCH Festival recap: The key to success is to have your sh*t together