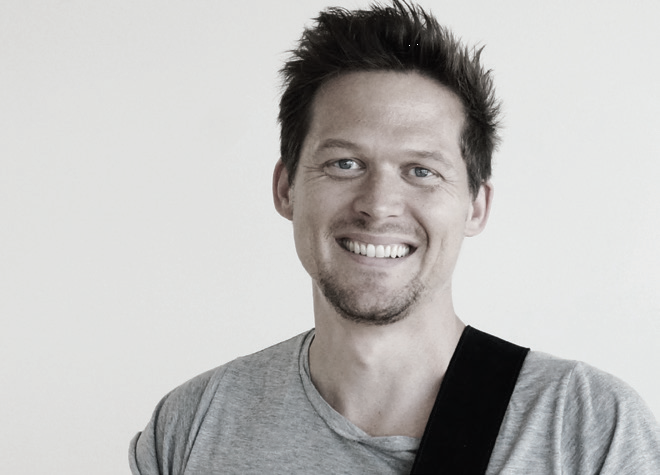 Per Emanuelsson, co-founder of Soundtrap, is building an easy-to-use online recording studio.

While there is no standard recipe for success, one thing is clear: success typically comes to those who enjoy what they are doing. Stockholm based entrepreneur Per Emanuelsson is a great example of that. He and his friends and co-founders Björn Melinder, Gabriel Sjöberg and Fredrik Posse, have transformed their passion for music and deep knowledge in modern web technologies into a service that is today used by hundreds of thousands all over the world, and it’s known as Soundtrap.

Soundtrap is an online music and audio recording studio. What is special about Soundtrap is its simplicity that enables music enthusiasts to co-create and share music without the need for pricey and complicated equipment.

“There are lots of talented people out there who do not always have the technical knowledge or professional equipment needed to create music. Our goal with Soundtrap is to provide these people with a simple solution for doing what they love,” says Per Emanuelsson, Soundtrap’s co-founder and CEO.

Being musicians themselves, Per and his co-founders also know that inspiration to create music does not always come when you sit in front of your computer, which would possibly be equipped with old-fashioned complex software. Instead it might kick in when you are on a bus or visiting friends or working on an assignment at school, so it’s important to be able to use whatever technology may end up in your hands at that very moment.  And that’s what Soundtrap allows its users to do. Soundtrap is completely browser based and in the cloud – you just open up a  browser and start creating music – and it supports Mac, Windows, Chromebook, Linux, Android and iOS. On top of that, Soundtrap also offers social features, allowing users to create music together and complement each others’ skills.

Apart from music aficionados, Soundtrap is also gaining popularity as a tool for teaching and learning about  different types of recording in schools, especially in the United States. In June 2015 Soundtrap was recognised as the best website in 2015 for teaching and learning by the American Association of School Librarians. The company is  also an official education partner for Google.

So what’s it like to have a startup in Stockholm? According to Per, Swedish capital is a great place for running a startup in the music industry. To start with it’s a great music tech hub. Stockholm already has lots of success stories such as Spotify, SoundCloud and Tidal, and being a part of this music tech community means having a lot of knowledgeable people around. And in general, the local startup ecosystem is improving at high speed, as there are more VCs, angels and funding opportunities, which enable companies to grow. Access to skilled engineers is also a great advantage. It’s easier and more affordable to build a skilled and committed team in Stockholm than in Silicon Valley.

“The whole startup movement in general has matured so much in the last 10 years. Concepts like minimal viable products, growth hacking, pivots, lean startup and continuous integration became a part of entrepreneurial toolbox today. There is no longer any need to re-invent the wheel. Instead, utilizing this commonly accumulated knowledge base is much more efficient, and that’s what made my journey very exciting and allowed me to grow as an entrepreneur.”

Running a startup is like setting off on a journey without a map, which a lot of the time means that all you have to guide you is assumptions. So you need to run your startup in a way that you can make these hypotheses about your users and how they will use your product clear and verifiable, and then test them and adopt based on the findings at an ever increasing speed. For Soundtrap a natural consequence of this is their deep passion for finding meaningful and usable metrics, which enables them to quickly understand and react to important findings.

But according to Per, in his experience one grows as an entrepreneur when working with a great team. “We have such a fantastic team of 14 people of different and complimenting skills and personalities who I highly respect and I learn new great things every day from them.”

And the Soundtrappers are indeed a great team with high ambitions. The goal is to be the number one platform for co-creating music in general and in particular the vision is set to revolutionize music education, and rightly so.

Building the Future of Weather Services

MusiClock – 3 Simple Steps to Turn Your Passion Into a Business