Crowdsourcing isn’t a buzzword, neither is the sharing economy, crowdfunding, blockchain or collaborative economy—they’re already part of our lives. The cumulative disruption of these crowd-powered paradigms will have a significant influence on sectors worldwide. The question is: how will you position your company?

We have heard these terms for the past couple of years, however, this year, you need to pay attention because we are seeing pioneering disruptors such as Airbnb and Uber getting disrupted by thousands of new disruptors. In such a case, you are left wondering whether we are moving into the next stage: Crowd Economy 2.0?

The more we live in an open and collaborative environment, the more you must contemplate on this thought: are you in a “middleman business”?

The most common model is to take a commission on transactions and this is something businesses have been doing for centuries. While technology has facilitated in connecting suppliers to buyers, and has digitized the way we transact, it hasn’t been able to completely eliminate the middleman (e.g. Airbnb still gets a certain percentage from the platform itself, same with Uber and other on-demand businesses).

What’s next is a technological solution that will eliminate middleman entirely and connect the supplier and buyer directly, for those who wish to transact with each other with minimal or no cost at all – a way where transactions are directed from point A to B, securely, where nobody actually owns the system or platform itself and doesn’t take any commission. 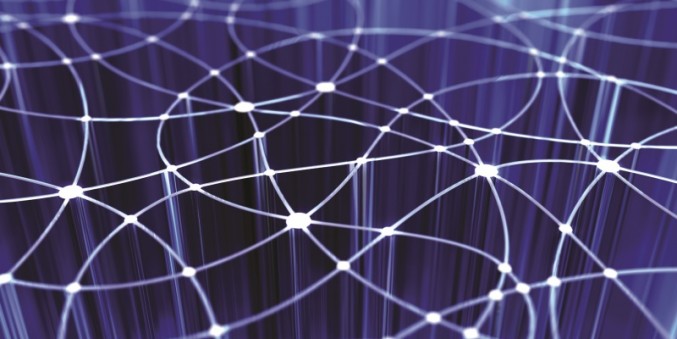 Blockchain, the technology that powers Bitcoin, has the potential to build a decentralized system in the future. In fact, the banking sector have been exploring its features, where a coalition of top global banks was reportedly experimenting on it because of its immutable transparency and decentralized nature.

With Blockchain technology, as Helen Goulden writes on Nesta, “We have a fully transparent, un-ownable, distributed system that securely allows multiple kinds of transactions to take place between different actors, whether they be people, businesses or even governments – without the need for any kind of intermediary.”

I believe that the finance sector will be the prime beneficiary of Blockchain technology in the next few years, despite the roadblocks ahead in terms of scaling the network of Bitcoin according to a new research by an alliance of top notch universities. Jeremy Rifkin, author of the book The Third Industrial Revolution talks about millions of people becoming bankers. I say that the next 5 years, billion people will become bankers. Now, that’s a massive shift.

And this is just in the finance sector. There’s more to watch out for in this area, as Blockchain, though it is still in its nascent years, will flourish and is already being used by companies like Israel-based ridesharing platform LaZooz where “the community collectively decides about the reward in ‘zooz’ for each contribution, via sophisticated protocols. The weight of each member’s input is dynamically set by the community itself.”

Crowdfunding is becoming a disruptive force today, allowing entrepreneurs to raise capital backed by the crowd, whether in equity, reward, donation, or peer-to-peer/lending transactions. But what if I told you that crowdfunding is just the beginning of what we are about to see in the coming years?

It wouldn’t be a surprise if the financial industry, particularly the banking sector, will have its own “Kodak moment” in the near future. Recently, the UK Open Banking Group was reportedly developing an industry standard to free customer data that’s expected to operate next year, according to the Guardian, where “customers will be free to empower any financial services provider to access their accounts, so applying for mortgages and loans will not mean photocopying bank statements.”

Startups like Slock.it, Ethereum, Uniken, E-vox and many more are ahead in this game.

Now I leave you with this question: how is your company coping with these disruptions?

Crowdsourcing Week Global 2016 takes place on the 11-15th of April in London explores the best practices in crowdsourcing and the crowd economy that are fundamentally changing society, mindsets and possibilities across all industries. Register here.

With Invesdor, crowdfunding gains increased legitimacy in the Nordics